Oh good lord, I’m very very late in writing this post! The past ten days have been quite intense and I haven’t managed to get my head around blogging to catch up, upsie! Anyway.. I was going to talk about the trip to Bergen, which was somehow blurted out as an inarticulated proposal by the director here “I’m going to this opening in Bergen Friday evening, a friend’s exhibition, anyone wants to join?” Of course! Bergen is extremely pretty, and seeing a bit of urban civilty after three weeks of life in the woods was I must say appealing. Not that I terribly missed the human ladscape of openings, but it was great to take the chance of engaging a little bit with the scene in the region, doing some sightseeing, and get a chance to talk with both Arild and Adeline in a different context.

The trip in itself was a rather spectacular drive through the fjord, lots of ice and snowcapped mountains. Impossible not to fall in love with such landscapes. Bergen is gorgeous in itself, and it was interesting for me to return during the winter: it’s quite a difference between January and August, yet it’s always darn wet! So, let’s start with a few touristy shots (not that great as it was snowing and raining most of the time).

In the next posts, I’ll take you through some of the exhibitions I had a chance to visit,  so stay tuned! 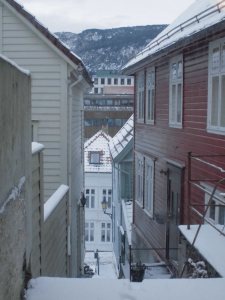 the back door of our b&b, basically the top of a narrow staircase in one of the many old districts of town, between the old cloister and Nykyrka 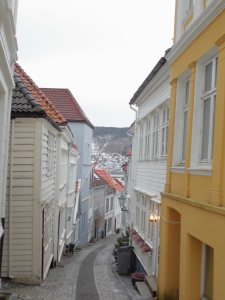 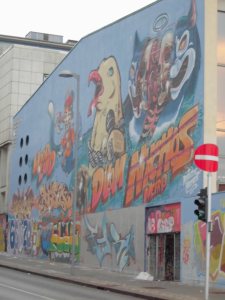 Amidst all the three-hundred-something-years-old houses, some compelling street art, these are along Sukkerhusgaten. 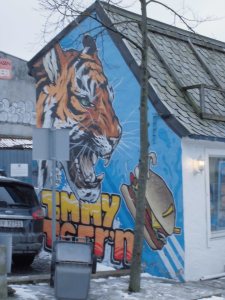 The area is close to the sea, and there’s mainly shipping companies and artists’ studios around 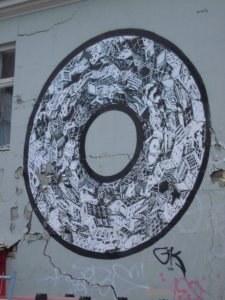 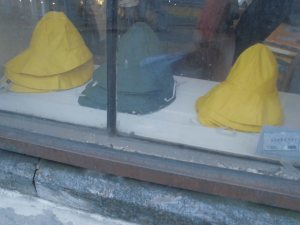 I would have needed one of these fishermen’s hats! 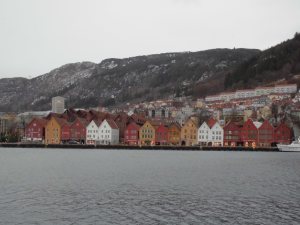 a classical view of Bryggen, the beautiful (UNESCO protected) heart of maritime commerce in the city since Medieval times 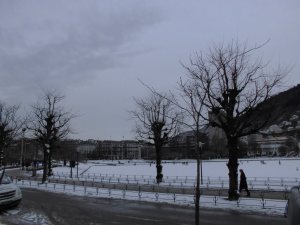 Rasmus Meyers Allé, with the small lake completely frozen and covered in snow: people were going wild skating around, while I had fun at the museums